TumbleBooks’ databases are easy to use, and feature unlimited access from home! You can read as many books as you want, when you want, and on any device. There are no check-outs, holds, or bulky downloads. Books are available instantly. 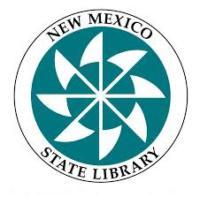 At the last Library Advisory Board meeting on July 21, 2010, Thayla Wright present a report on various functions of the library during the fiscal year than ended June 30th, 2010. Included were a Usage and Checkout report, Meetings and Programs report, and Financial Take-In report.

The Meeting and Program Report showed a total of 207 meetings/programs held in the library with a total attendance of 2,763.

These meetings and programs included everything from pre-school story hour to hosting New Mexico Census Training. Local individuals, groups, classes, discussion groups, clubs and others use this building throughout the year. So do groups on a state level. Programs that come from inside and out of the state are hosted when possible at the library. Programs and meetings are forbidden to be held on a 'for profit' basis in the library.

It was explained that funds that come from fines/fees and copies/faxes go back into the city's general fund. Memorial book money is used to buy those books specified as memorials. Donations are used as the donors specify. If that is left up to the library, it is used to aid in programming, the purchase of books and materials, or other ways that benefit the patrons of the library.

The New Mexico State Library Grant-in-Aid has limitations on what it may be used for as well criteria that must met to qualify for this yearly grant. The GO Bond funds must also be used in specific ways (materials and computer needs) and have a time line by which those funds must be spent.
Posted by Arthur Johnson Memorial Library at 10:46 AM No comments:
Newer Posts Older Posts Home
Subscribe to: Posts (Atom)

How are we doing?

Now at the library

FICTION
Depth of Winter by Craig Johnson
The Forbidden Door by Dean Koontz
Pieces of Her by Karin Slaughter
Leverage in death by J. D. Robb
Send down the rain by Charles Martin
Clock Dance by Anne Tyler
Pandora's Boy by Lindsey Davis
Cottage by the sea by Debbie MaComber
The President is Missing by James Patterson
YOUTH FICTION
That's not what happened by Kody Keplinger
Sadie by Courtney Summers
Learning to breathe by Janice Lynn Mather
Dear Rachel Maddow by Adrienne Kisner
Juvenile Fiction/Picture Books:
City of Ghost by Victoria Schwab
Pete the cat goes camping by James Dean
Grow up David by David Shannon
Update 9/21/2018

How to use the AJML e-book library

The Arthur Johnson Memorial Library is now using a E-book site sponsored by Sebco Books with books purchased from Sebco by the library. If you need the app for your device then proceed to sebcobooks.com/apps and select the correct app for you. When you are ready click the worm below and enter the log in name ajmlibrary and the password which is public. At the next screen place you library card number. If it is your first time it will ask you for your first and last name. (Next time you log in you will only have to place your card number in and it will take you to our virtual shelf.) If you have any questions please feel free to contact the library at 575-445-9711. 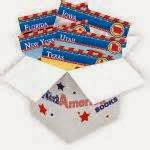 Here is another e-book site please feel free to use it. To use this site sign in with username: AJML password: AJMLStaff both are case sensitive. If you need help contact the library.

Below are more of the popular links to other web pages please click on the photo to go to the site of your choice. Thanks for viewing the Arthur Johnson Memorial Library Blog. 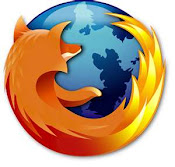